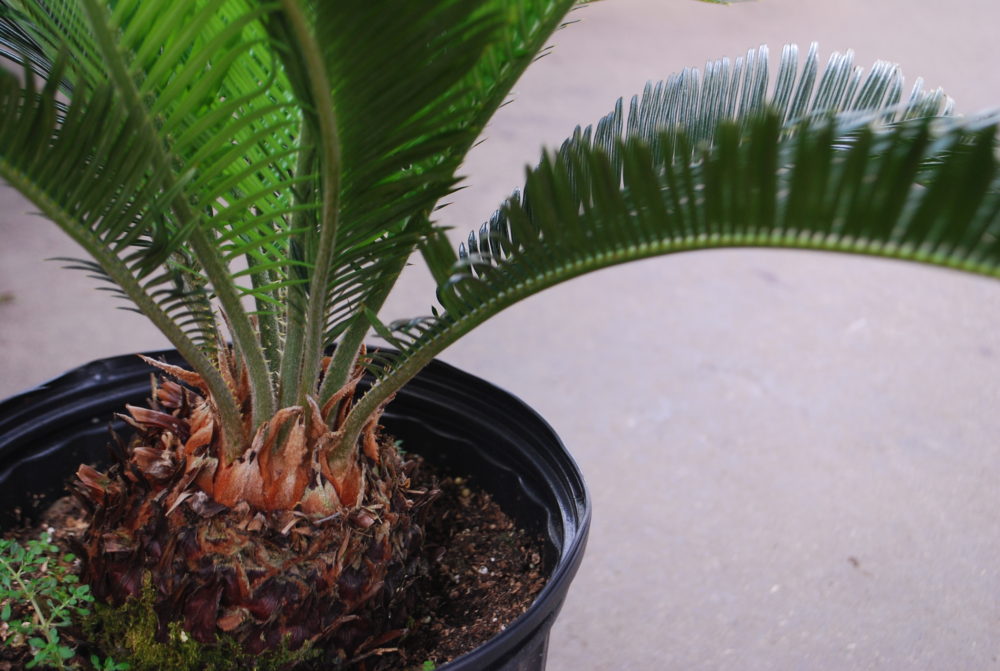 Due to the geographic location of the sago palm, incidences of pet toxicity most often occur in the southern United States and Hawaii. It is recommended that sago palms not be used as indoor potted plants in homes with pets.

All parts of the plant are considered toxic but the seeds are particularly dangerous due to a higher amount of cycasin (the principle toxin). Dogs are the only species noted to be affected by this toxicity.

Signs and symptoms of toxicity: Vomiting and diarrhea are often seen within the first 15 minutes of ingestion. Other signs of toxicity include extreme fatigue, refusal to eat, abdominal pain, swelling (particularly in the stomach), difficulty walking and seizures.

Toxic consumption: The minimum threshold for toxicity is not known and suspected consumption should be reported immediately.