Ivermectin, a macrocyclic lactone derivative, is used in veterinary practice as a heartworm preventative medication and to treat pets infected by parasites. This class of medications also includes milbemycin and moxidectin. 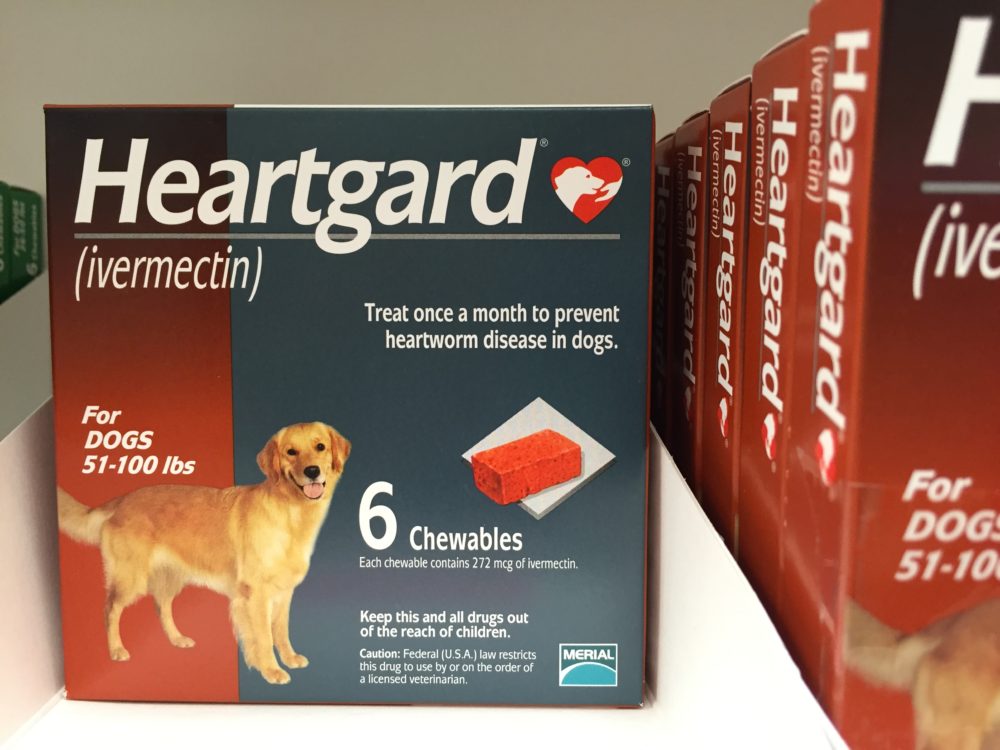 Intoxication occurs in pets when small animals ingest medication intended for larger animals. It is very important to check the weight range and ensure your pet is receiving the correct dosage of medication. Dogs on farms or in rural environments are at a greater risk of toxicosis due to exposure of medication formulated for animals of greater weight/size. Toxicity may occur if your pet is exposed to the feces of large animals recently treated with these medications.

There are particular breeds of dogs that are sensitive to this drug class due to a genetic mutation (referred to as MDR1). Toxicosis may occur in these dogs even when therapeutic amounts are ingested. Dogs that are classified with this sensitivity include Australian Shepherds, Collies, English Shepherds, German Shepherds, Longhaired Whippets, McNabs, Old English Sheepdogs, Shetland Sheepdogs, and Silken Windhounds.

Toxic consumption:
It is important to note that each animals’ reaction to medication will vary and thus the dosages at which animals have shown clinical signs of toxicity will also differ.

Moxidectin:
– The minimum toxicity threshold for most dogs is unknown. All incidences of exposure should be reported immediately. For dogs with genetic sensitivity toxicity has been reported after ingestion of 0.09 mg/kg (0.04 mg/lb).

Milbemycin:
– The minimum toxicity threshold for most dogs is unknown. All incidences of exposure should be reported immediately. For dogs with genetic sensitivity toxicity has been reported after ingestion of 5 mg/kg (2.2 mg/lb).