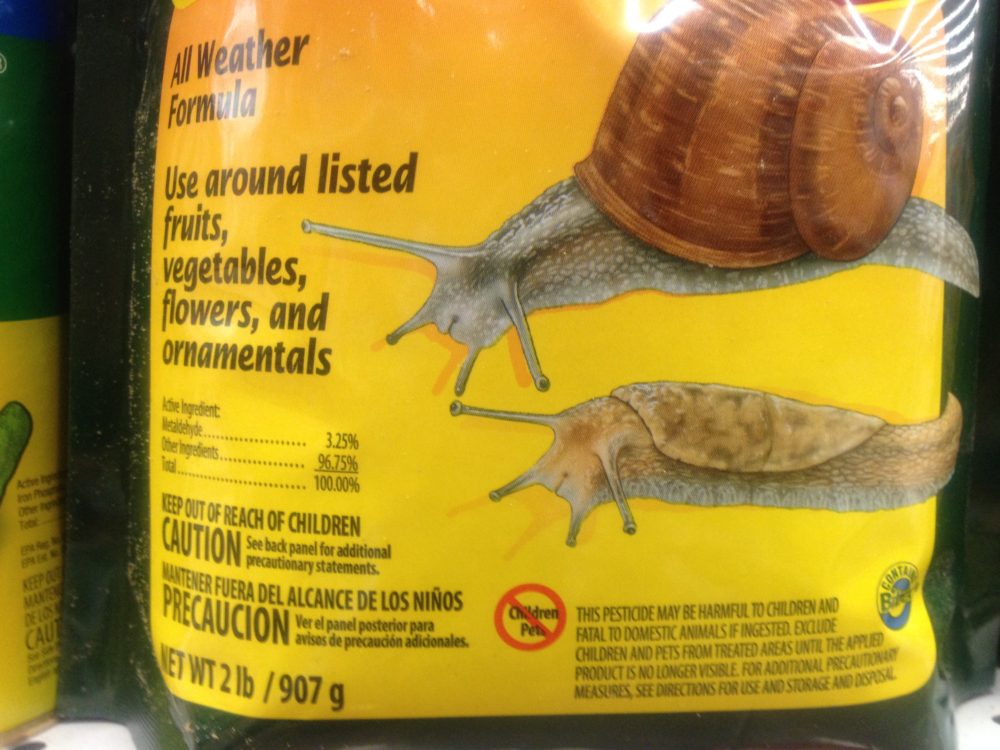 Metaldehyde, commonly found in snail and slug bait, can be toxic to both cats and dogs if ingested. Clinical signs of toxicity can appear just minutes after ingestion and death from respiratory failure can occur within a few hours.

Toxic consumption: There is no established threshold for toxicity. All incidents of exposure should be reported immediately.