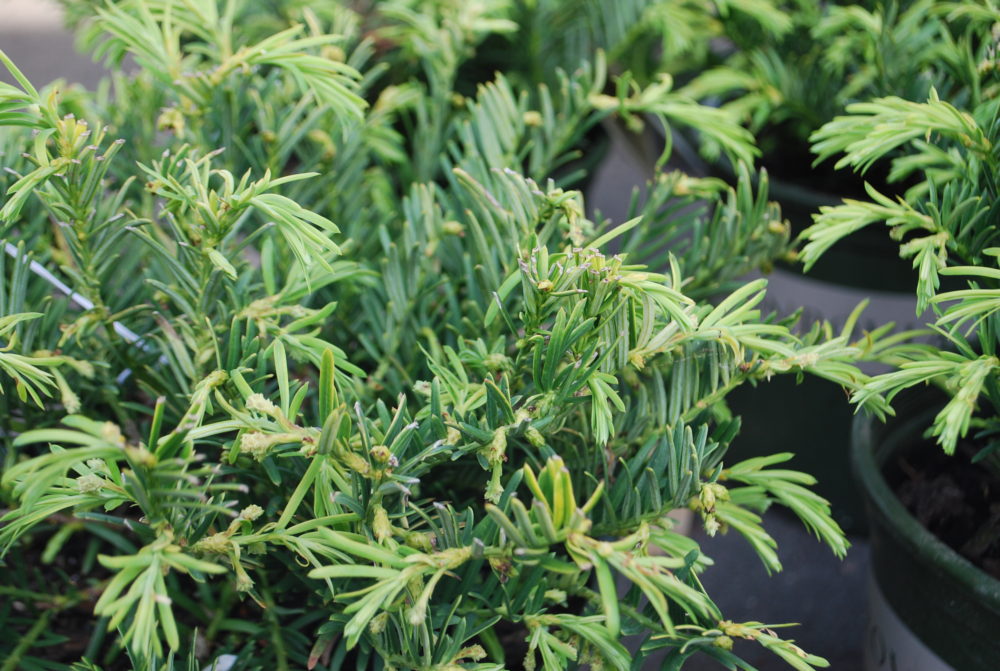 The yew, commonly introduced as a landscape evergreen, is sometimes referred to as “the tree of death.” The leaves, bark, and seeds found inside the red fruit are all considered toxic. It is extremely important to prevent your pet from having access to this plant.

In the United States, the most toxic members of the yew family are the Japanese Yew (Taxus cuspidata), the English yew (Taxus baccata) and the Chinese yew (Taxus chinensis).

The yew plant is toxic to all species.

Toxic consumption: For the average-size dog, just chewing on a yew branch or an ounce of leaves could be fatal. The minimum threshold for toxicity is not known and suspected consumption should be reported immediately.