Phenazopyridine, found in products such as Pyridium, is an OTC medication used to urinary tract infections and other urinary problems. This medication may be toxic to pets and should never be administered to animals. 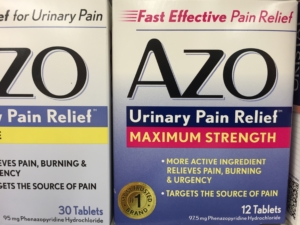 Toxic consumption: There is no established threshold for toxicity. All incidents of exposure should be reported immediately.