A new Vice-President, Member-at-Large, and Student Pharmacist member have been named to the American College of Veterinary Pharmacists (ACVP) Board of Directors.

Brenda Jensen, CPhT, CNMT, MBA was elected to serve as ACVP Vice-President. Connor Jones, PharmD, FACVP was appointed by the ACVP Board of Directors to replace Brenda, who had previously served as Member-At-large since 2019. Connor will serve through 2023.

Savannah Cunningham, a 2022 PharmD candidate at Mercer University College of Pharmacy, was selected by the ACVP Board as the Student Pharmacist Member. The Student Board Member is a liaison between student pharmacists interested in veterinary pharmacy, with ACVP Student Chapters, and the ACVP Board of Directors. Savannah will serve on the ACVP Board through May 31, 2021.

“We are very fortunate to have so many qualified Fellows and members who are willing to serve ACVP, said ACVP CEO | Executive Vice-President Susan Bartlemay. “Brenda, Connor, and Savannah bring a breadth of experience and new perspectives that will contribute to the strength and success of our organization.”

Brenda and Connor will be installed in their new roles at the 2021 ACA | ACVP | PPHI Annual Conference and Expo in February 2021. Savannah has already begun her term. 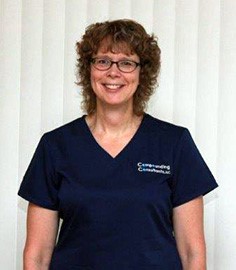 Brenda grew up on the equivalent of ‘Old McDonald’s Farm’ outside of a town with a population of 170 located in north-central Iowa. A fun Saturday night involved driving 80 miles to the sale barn to seek out new family members. When she joined the Air Force, she had aspirations of working in veterinary medicine, but Uncle Sam had different plans for her, and Brenda ended up in pharmacy. She has a diverse pharmacy background having worked as a technician in retail and hospital pharmacy, nonsterile and sterile compounding, oncology, and nuclear pharmacy, and finally, in 2001, veterinary pharmacy. Brenda was also working on her MBA at this time with a focus in marketing and did her thesis project in veterinary marketing. Since 2011, Brenda has worked as a consultant to human and veterinary compounding facilities across the country helping them improve compounding quality and safety.

Brenda is a member of multiple pharmacy-related organizations and has held leadership positions with the American Pharmacists Association (APhA) Compounding SIG, International Academy of Compounding Pharmacists (IACP), and the American College of Veterinary Pharmacy (ACVP). She has served on the APhA House of Delegates and has been a peer-reviewer for American Society of Health System Pharmacists (ASHP) technician CE programs and Pharmacy Technician’s Letter. In her spare time, she volunteers with Habitat for Humanity internationally. 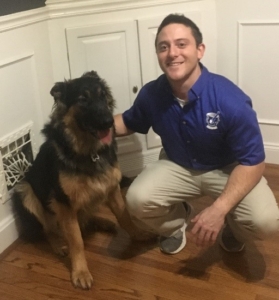 Connor Jones, PharmD, FACVP was born and raised about 40 miles outside of St. Louis city in a rural area surrounded by hardwood forest. It was in the outdoors that he fell in love with nature and animals and realized his passion for animals at the age of about 5. Some of his fondest memories are of his frequent trips to Lone Elk Park, the Saint Louis Zoological Park, and hiking in the hardwood forests of Missouri. His childhood idol was Steve Irwin.

Connor graduated from Saint Louis College of Pharmacy in 2015 and has been working at Lindenwood Drug in Saint Louis since 2010; first as a student and now as a Compounding pharmacist. Connor lives in St. Louis with his dogs Bud, Buster, and his cat Brody. His best days at work are when he gets to meet any of his veterinary patients (despite his best efforts, the Saint Louis Zoo refuses to let him meet any of the patients he’d made prescriptions for). When he’s not at work, his hobbies include anything involving the outdoors. 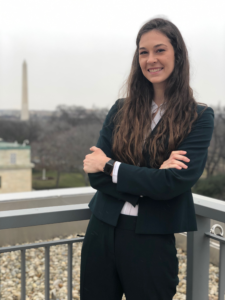 Savannah is a P3 student at Mercer University College of Pharmacy and a student pharmacist member of ACVP. She is passionate about veterinary pharmacy and hope to work in this niche of the profession upon graduation. The daughter of a veterinarian, Savannah has a unique perspective in the arena of veterinary pharmacy. She has experience at an independent veterinary compounding pharmacy as a pharmacy intern since beginning school, and have been able to see the intersection between veterinary medicine and pharmacy many times, further cementing her desire to practice in the field.

Savannah has experieence in associations at the university, state, and national level, having served as the Executive Director of the Student Leadership Board of the Georgia Pharmacy Association and as a regional officer, President-Elect, and now President of Mercer’s chapter of APhA-ASP. She is currently a member of the APhA-ASP National Standing Committee on Communications the Legislative and Regulatory Affairs committee and Education committee of the APhA-ASP Compounding special interest group. Savannah also currently serve as a member of the Georgia State Coalition for advocacy. Savannah was a 2020 winner of the Pharmacists Mutual and ACA Foundation Community Pharmacy Scholarship.